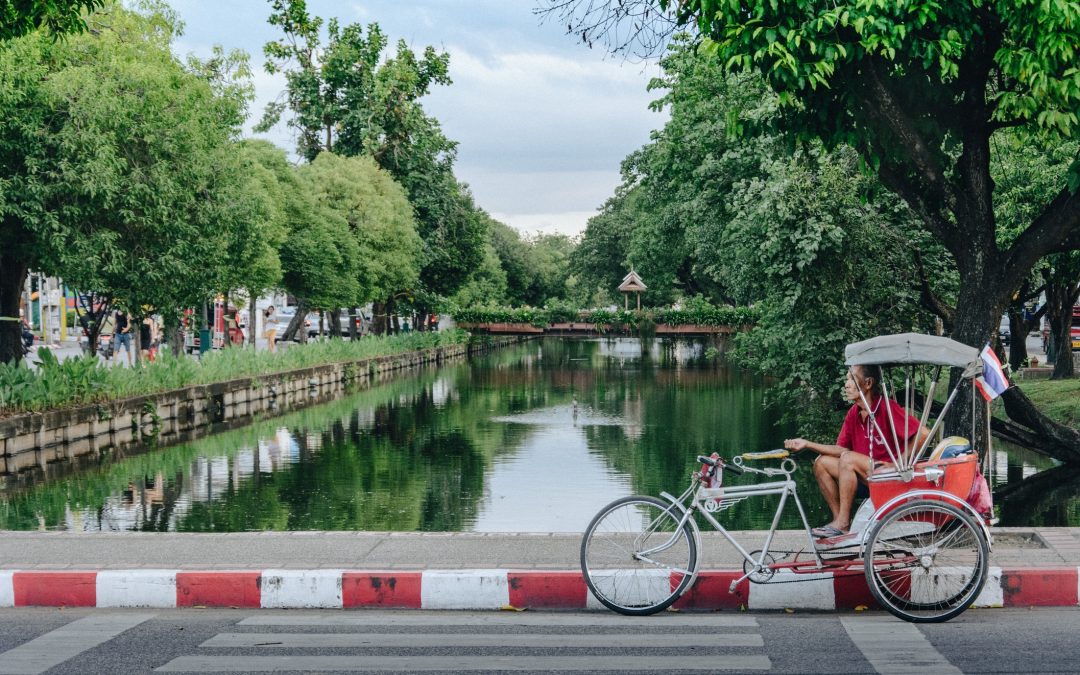 Moments I Felt on Top of the World: Reflection by the River in Chiang Mai, Thailand

In 2015, I traveled through South East Asia for a month after finishing my last semester as an exchange student in South Korea. For five months I was living the dream in Asia, somewhere I had wanted to visit for years. But by the end of the backpacking trip, Florida was calling my name.

Chiang Mai, Thailand was my last stop before flying to Seoul, Korea to catch the flight home. My two friends, Lindsay and Sabrina, and I had traveled through Vietnam, Thailand and Cambodia and all went swimmingly except for when we were robbed in Koh Phi Phi. My purse holding both my iPhone and Sabrina’s was stolen, never to be seen again. While having something taken from you is tragic in its own way, for me, not having a phone was devastating—I felt like an island. I’d be lying if I said it didn’t put a damper on the rest of our trip. I couldn’t post envy-inducing pics to the ‘gram, communicate with my friends and family or have unlimited information at my fingertips. On top of it all, Murphy’s law was at work and my GoPro stopped working and decided to delete all previous images.

Alone in Chiang Mai Without a Phone

When I read that heading, I laugh out loud. It sounds so ridiculous and fake dramatic, but I don’t think many people realize how many things you don’t think of as a convenience when you have a phone.

Now that you have the backstory, fast forward to me in Chiang Mai. While I was with Sabrina and Lindsay, I could at least use their devices for communication, but not once we parted ways in Cambodia. I arrived to Chiang Mai with my accommodations address written on paper, so I easily made it to Luna Guesthouse. Once I settled in, I quickly realized a few things: I had no alarm to wake up for an early elephant excursion, no way to contact family to let them know I arrived safely and no way to look up what to do, directions, etc. The kind owner of the guesthouse gave me an old cellphone (think Nokiaesque) to use as an alarm clock and directions to an internet cafe. So…everything was gravy!

I spent the next three days totally absorbed in the moment. Yes, I was sad I couldn’t take pictures of all the cool experiences I was having, but I also got in three days of quality time with moi. The streets of Chiang Mai completely opened up to me. I walked across the whole city, shopping, eating and looking for the best Thai massage. The second day I did a tour up in the mountains with Elephant Caretaker Village and spent time with free elephants (Is that not the most beautiful yet sad phrase? Free elephants, as in not all are free?).

Anyway, on my last night in Chiang Mai, I planned on visiting a night market down the road. During my walk there along the Ping River, I ate a spicy seafood salad with a huge Chang beer at this restaurant on the river. I really took my time there and just sat, reflecting on the past five dreamy months in Asia and how I felt I had captured my dreams.

So often our dreams are just out of reach or we find a new one as soon as one comes true, but at this time, I was right in between that. It was a feeling of perfect peace and wonder. So many years I dreamed of being a world traveler, and here I was across the planet, all by myself. In my tipsy daze, I had the thought “I never want to forget how I feel right this moment” and decided the best way to remember it was a tattoo. As I finished eating, I played with different tattoo ideas, maybe a moon (there was a big moon that night), maybe some kind of clock…basically no idea what to get. I finished up eating, bought mango sticky rice at the night market and ate it in bed as I watched Chasing Mavericks on the TV in my room.

My last day in Chiang Mai, I planned to do nothing but wander the streets and get a Thai massage until my ~5 pm flight. As I laid in pure bliss on the massage table, half asleep, the thought from the night before drifted into consciousness: “OMG. Last night I told myself I was going to get a tattoo today!” I was clearly more tipsy than I thought.

So I basically jumped up, ending the massage early and ran across the street to the tattoo parlor I had perused two days before. I had to catch my ride to the airport in about 45 minutes, so I knew I had to make up my mind quick!

The parlor had a computer for patrons to pick out an image they wanted tattooed, and in such a rush (the worst way to choose a tattoo) the only thing that came to mind that I just knew I wouldn’t regret was Totoro, after my favorite childhood movie: My Neighbor Totoro. After communicating with hand signals and pointing at pictures online, the artist printed out the piece and I quickly decided to get it under my left arm.

No less than 20 minutes later, I was literally running back to Luna Guesthouse to catch the airport transfer that was already waiting outside. It wasn’t until I got on the plane and went to the bathroom, that I got a look at my perfect, forever reminder of what it feels like when your dreams come true. 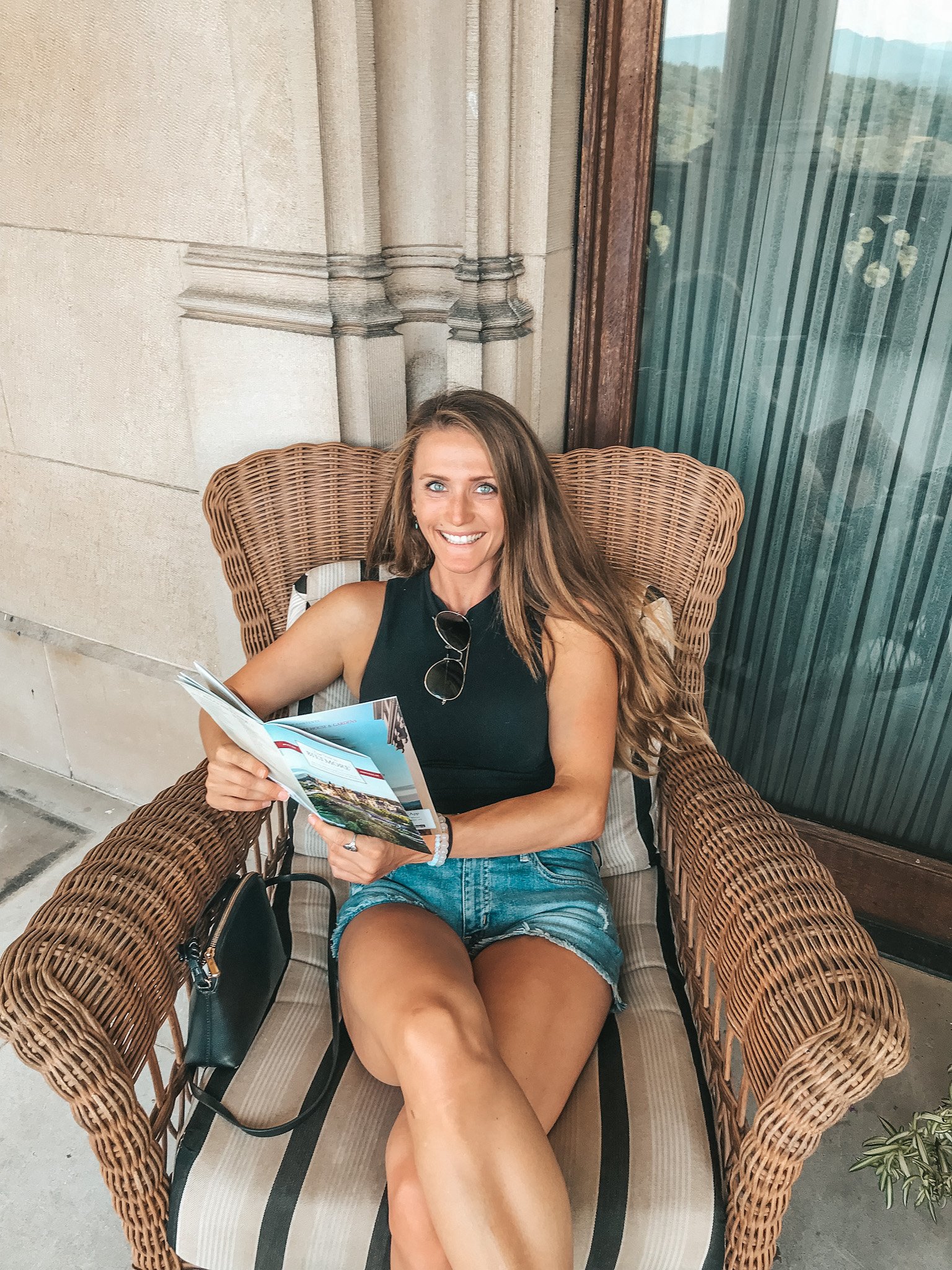 Welcome to She Needs Less!

Here you will find tips on solo travel, carry-on packing, minimalism and mindfulness. I believe that a simple life doesn’t have to be a boring one and that adventurous living is in everyone’s best interest. 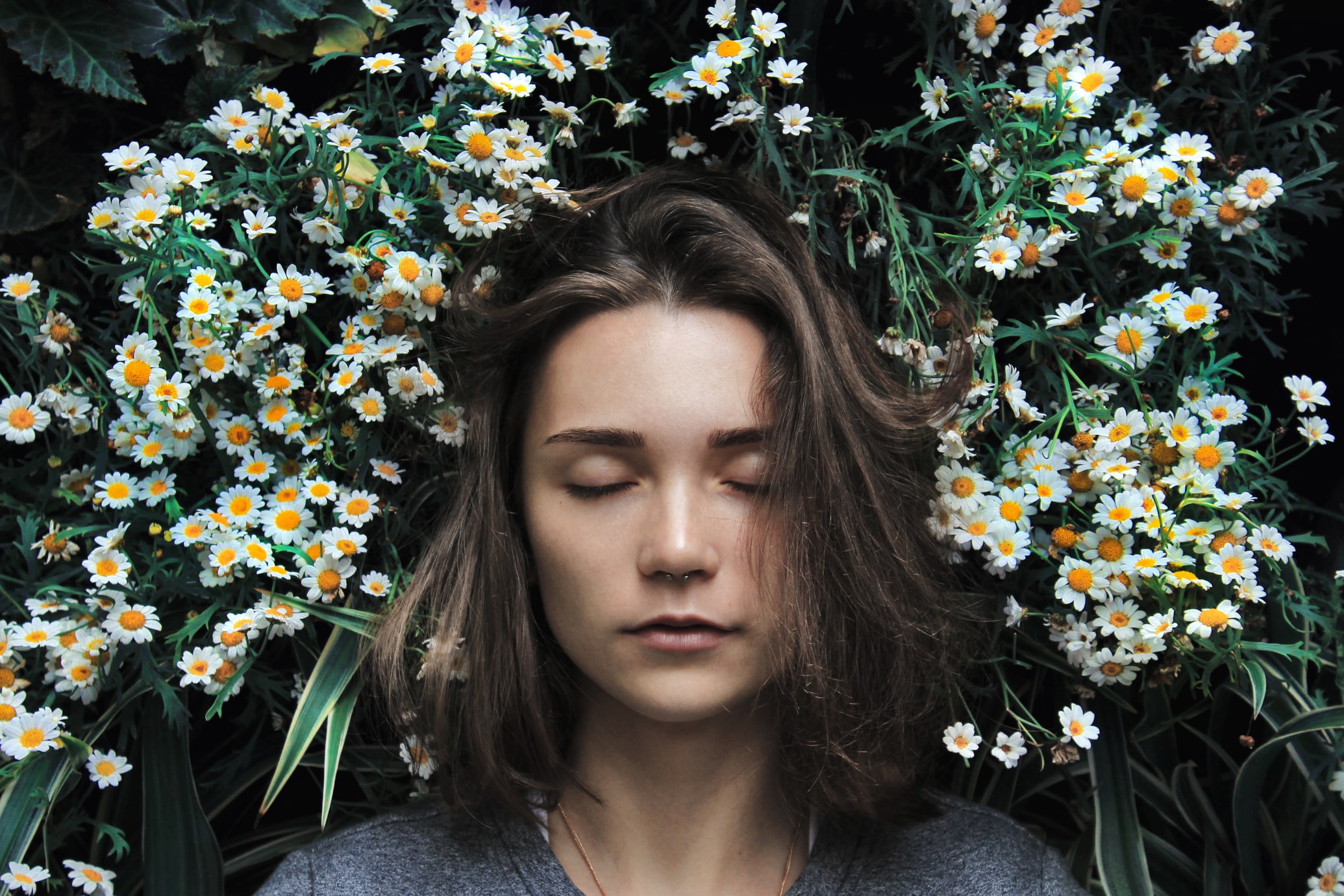 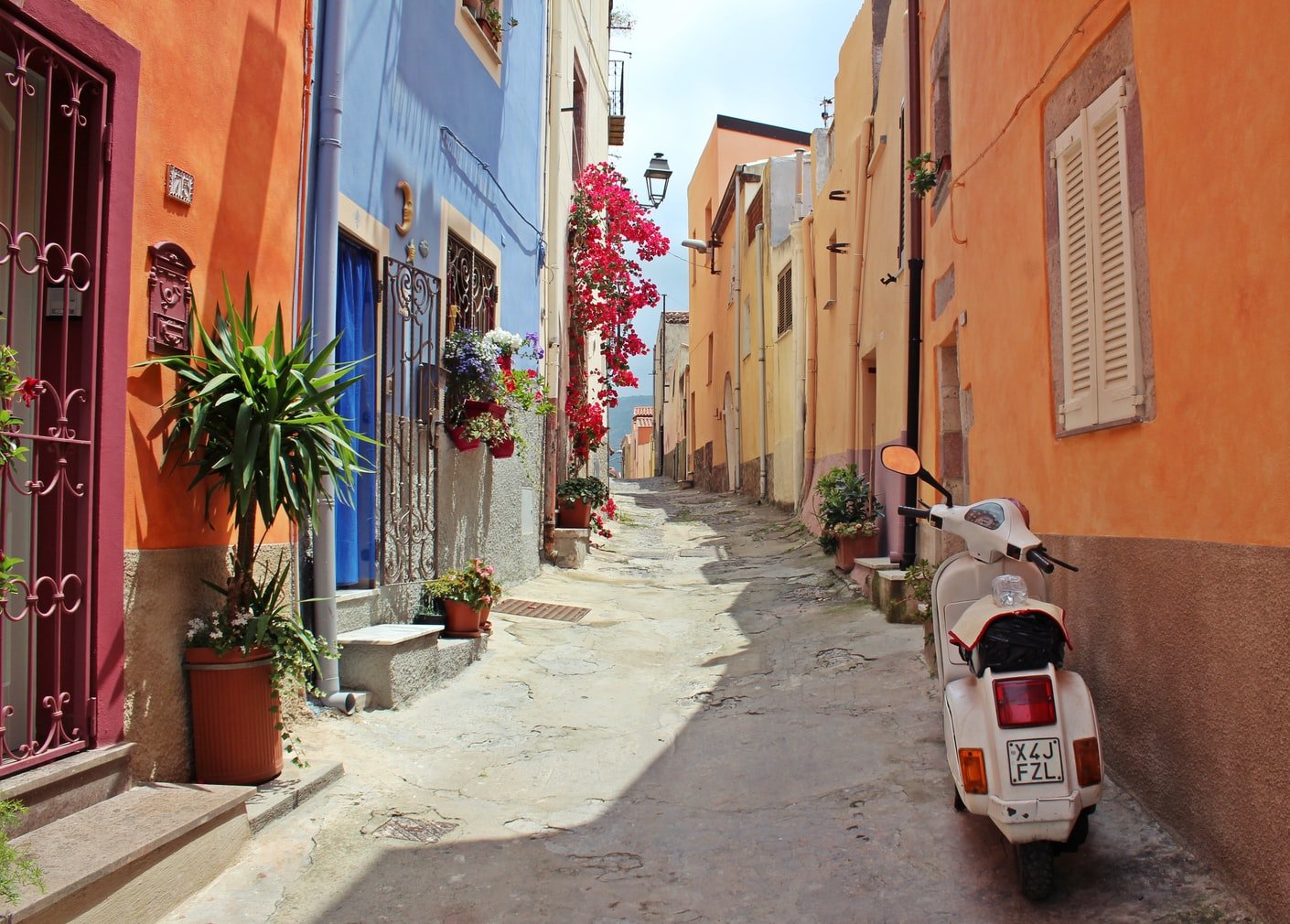 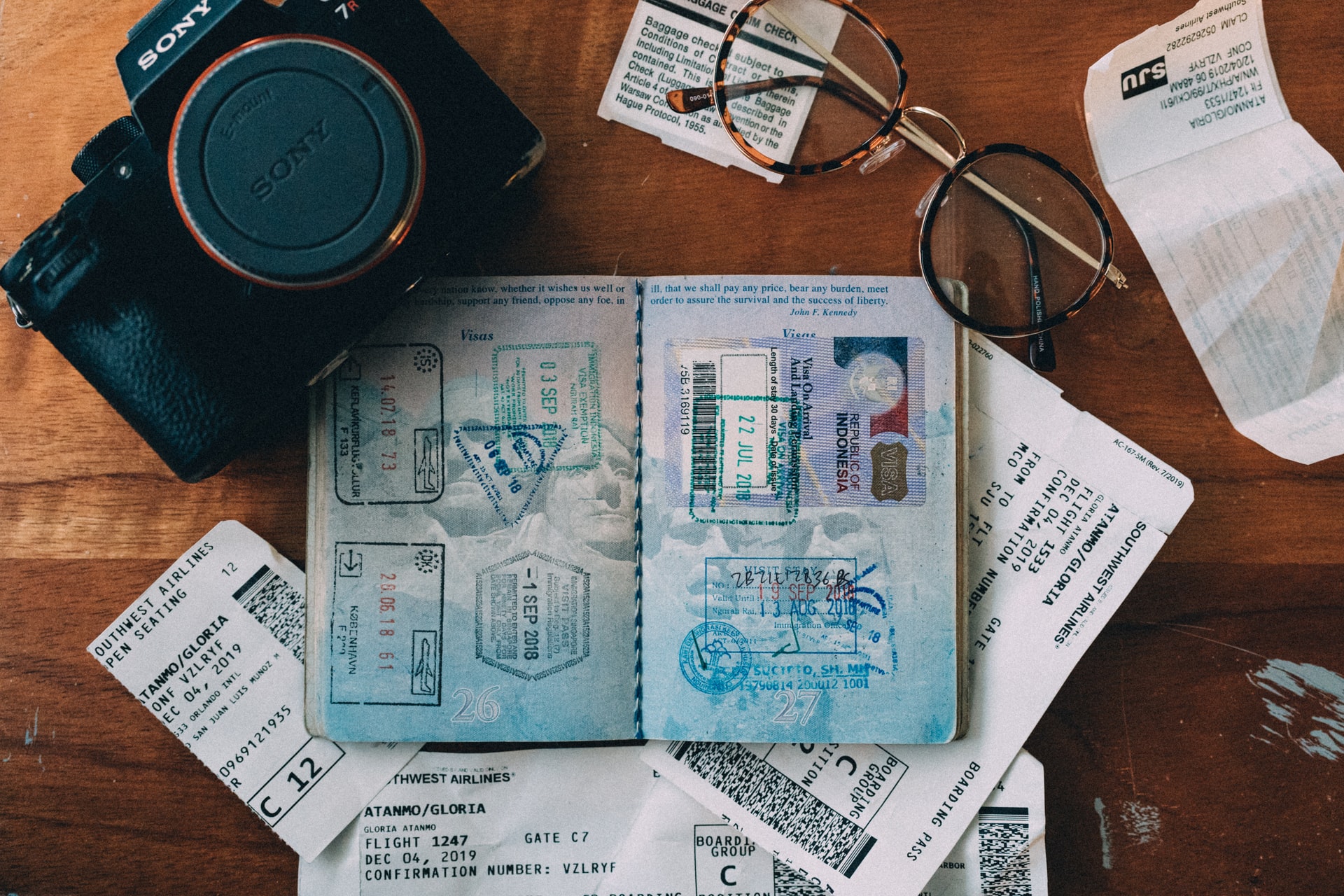 Study Abroad: 7 Compelling Reasons to Do It & Never Look Back