Believe it or not, there’s more to Mexican cuisine than tacos and tequila.

Mexico City is bursting with color and emotion. The multi-colored textiles, flower canopies and passionate mariachi bands filling the streets make it easy to imagine the spread of flavors available to an adventurous eater. Whether you try street tacos, cactus salad or ant larvae, these foods in Mexico City will fill your heart long after they fill your belly. 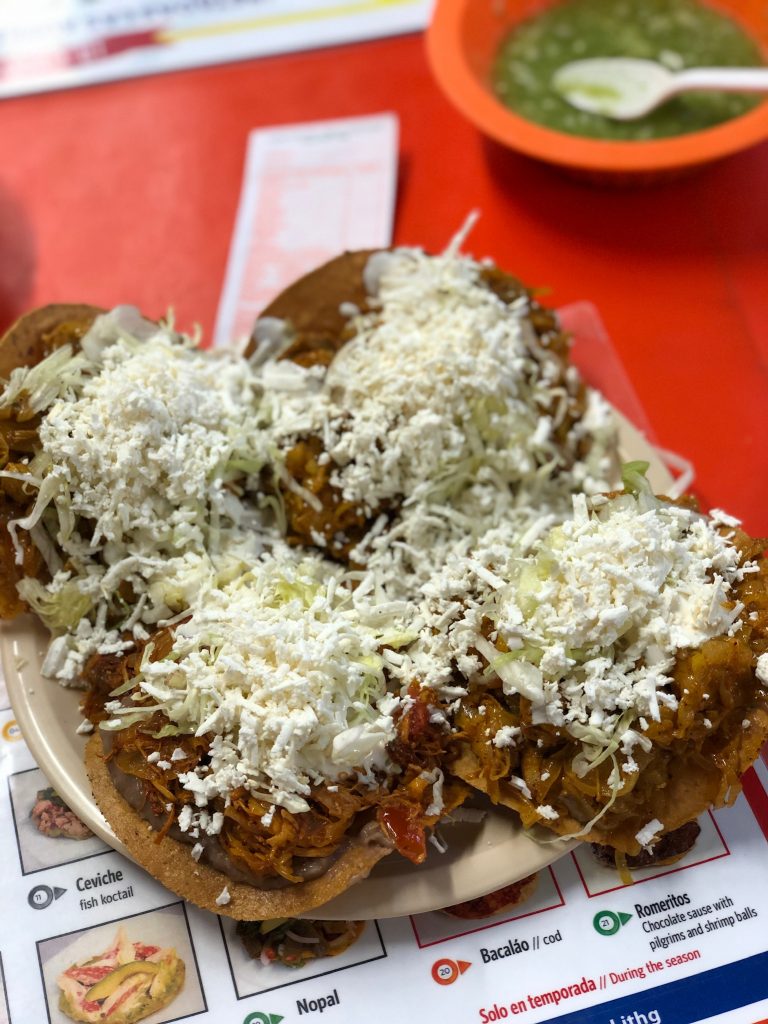 There’s no end to what Mexicans can do with tortillas. Tacos, nachos, enchiladas—why not just slap all the ingredients on a big tortilla chip and call it a day? Head to the Coyoacán Market to try these tasty cochinita tostadas. 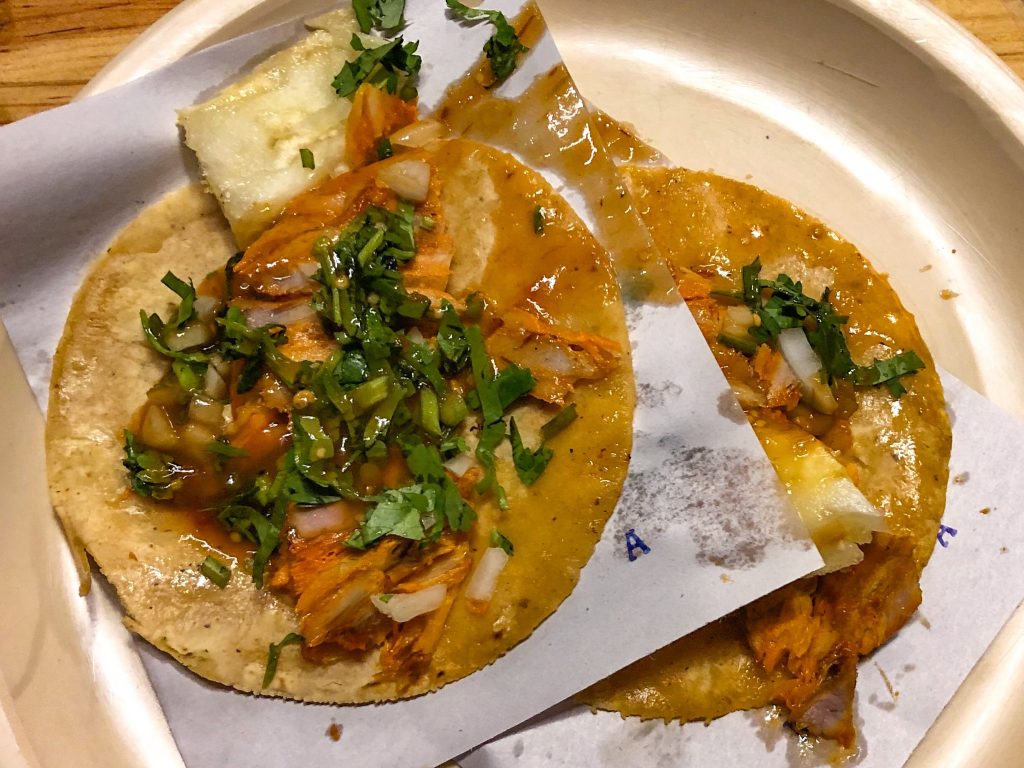 It’s hard to go hungry in Mexico City when there’s a taco vendor on every corner. For around 12-20 pesos ($.60-1.00) you can eat delicious pastor tacos with cilantro and pineapple. Pastor is roasted pork seasoned with chiles, achiote and pineapple. Add traditional fixings like pickled onion and hot sauces for even more flavor! 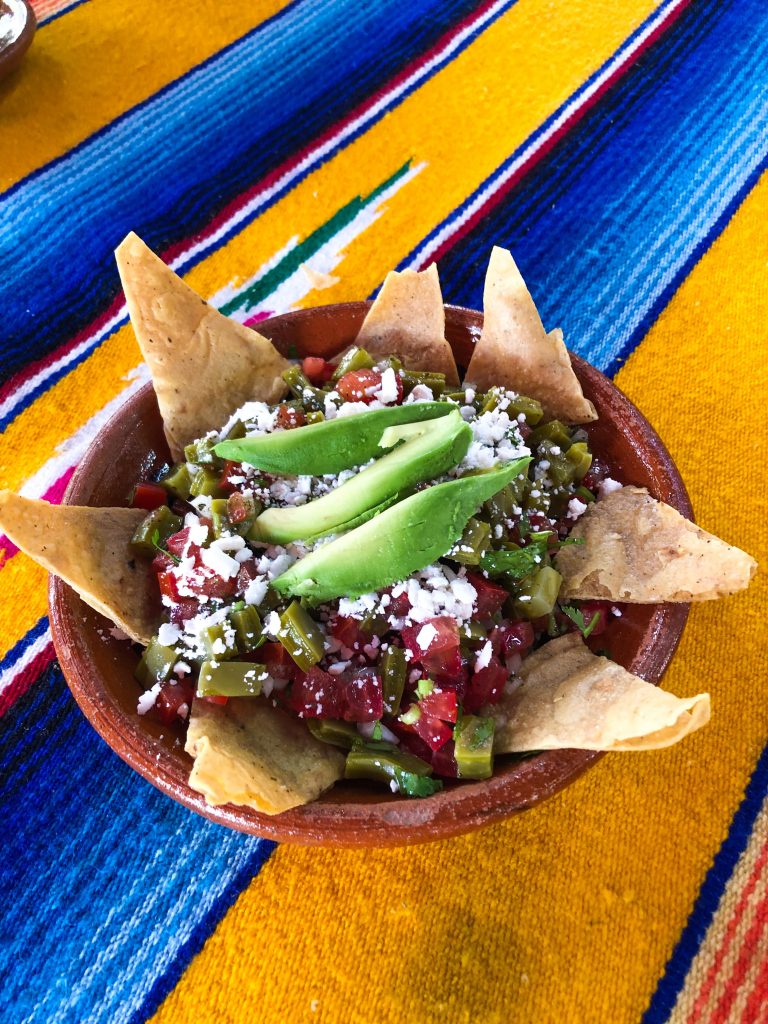 Nopal is a prickly pear cactus that grows all across Mexico and its pads are commonly used in salads, salsas and more. The nopal salad pictured above was prepared indigenous-style at Meztli Restaurant in Teotihuacán about an hour outside Mexico City. 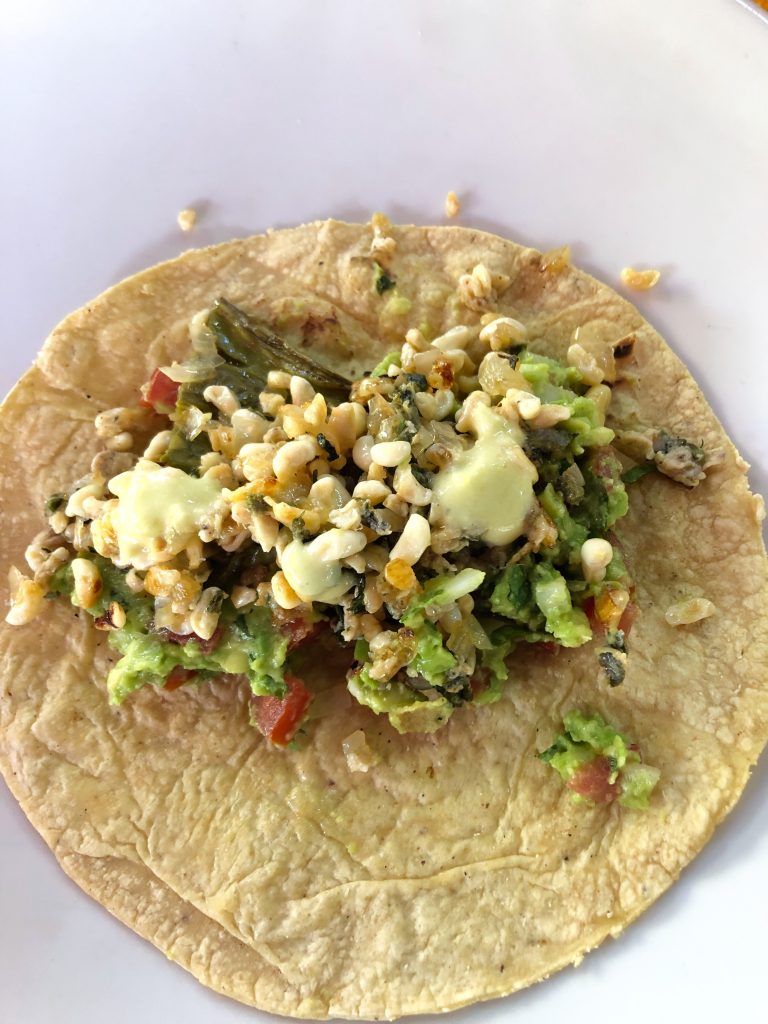 Escamoles is an ancient Aztec dish made from ant eggs. It’s used in popular Mexican dishes like tacos, salas and salads, or served alone. Inside a taco, it tasted like any other filling, so just tell your friends it’s rice so they try it. 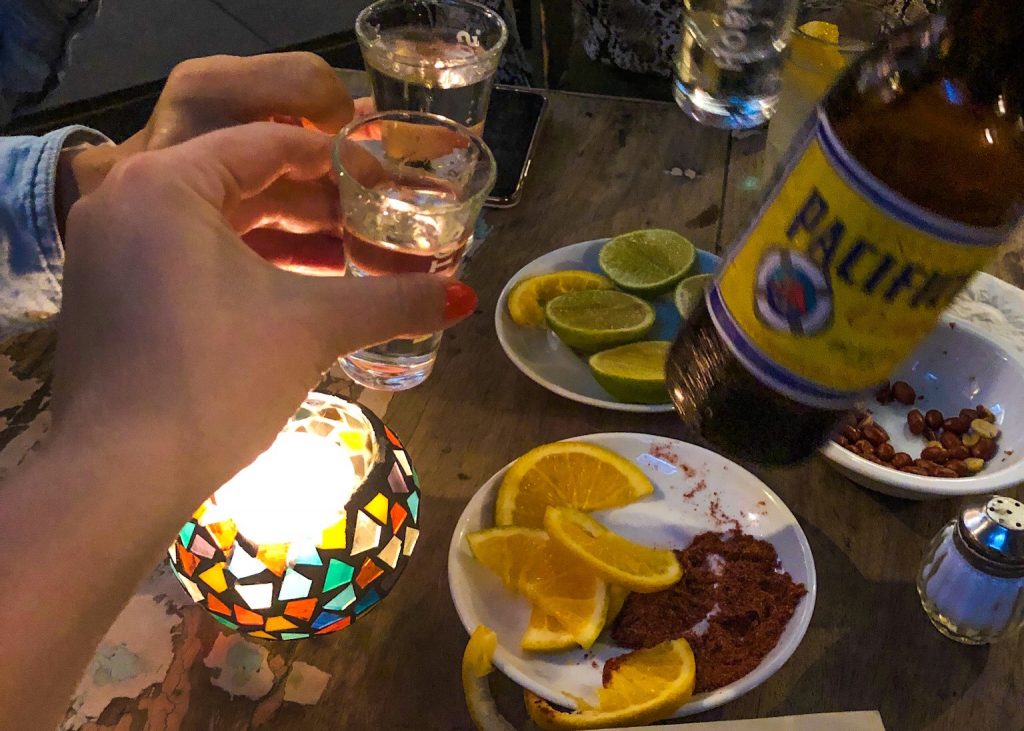 If you’re not familiar with mezcal, it’s a liquor made from the agave plant like tequila, but the distilling process is different and produces a smoky liquor. The first time I tried mezcal, I just sipped it and most other occasions it was in a cocktail. It wasn’t until exploring Playa del Carmen with locals that I had mezcal in the traditional and most delicious way—served with an orange slice and “that red salt”. Well turns out that red salt is sal de gusano, or worm salt, and it’s actually made from worms! 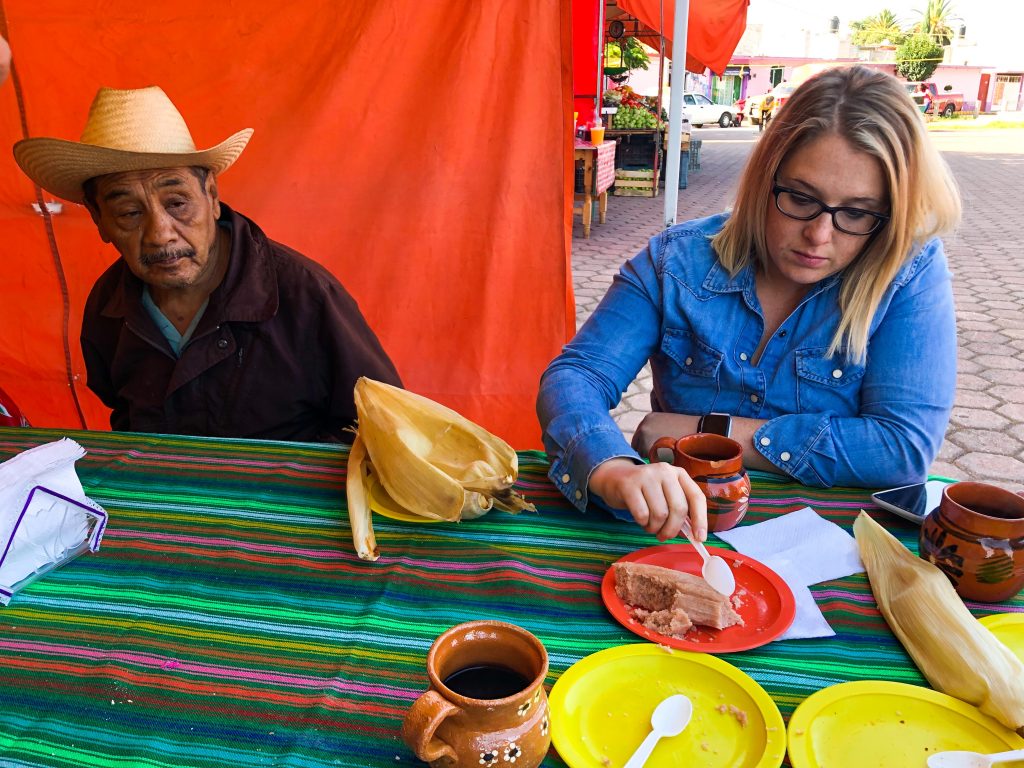 You can get tamales anywhere in Mexico City but you should try a fresh tamale made Teotihuacán-style on the way to the pyramids. Traditional tamales in this region have very little filling compared to tamales in other areas. 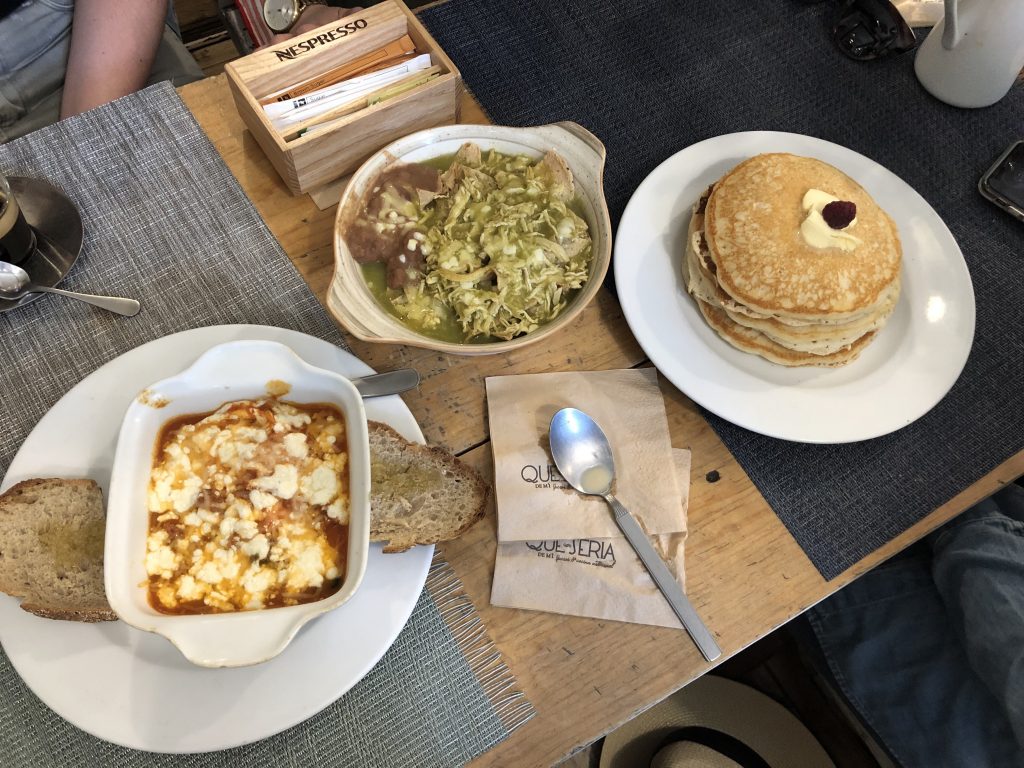 When I think of foods in Mexico City, breakfast isn’t really what I picture, so I was thrilled when I tried chilaquiles con pollo with verde sauce at Qué Sería de Mí for breakfast. Chilaquiles is a dish of fried tortilla strips topped with cheese, meat, and red or green sauce.

Stay in the loop

You know you want to.
Go to Appearance > Customize > Subscribe Pop-up to set this up.